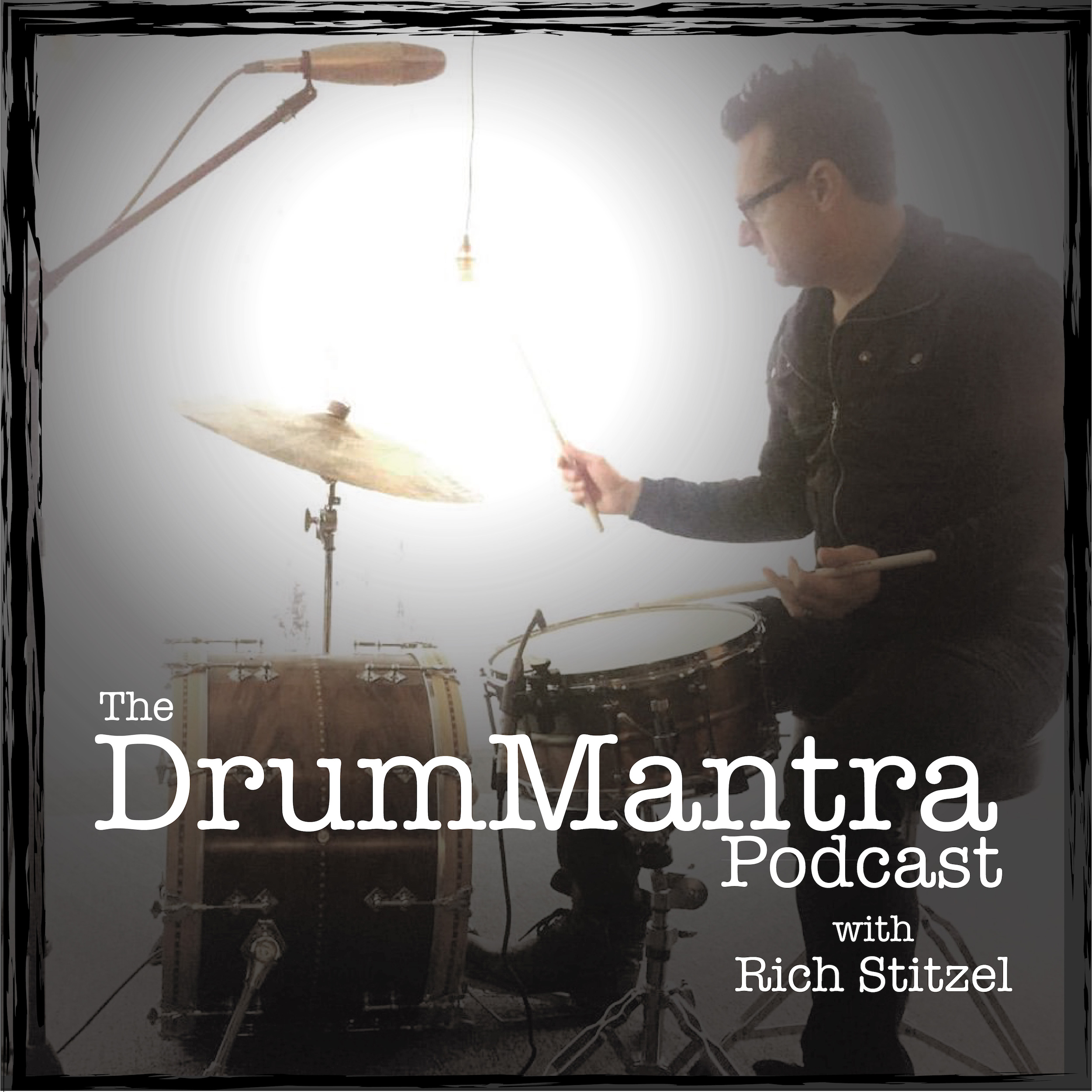 "The 11 Best Podcasts for Exploring Music Theory Concepts on the Go in 2019" by Soundfly.

The DrumMantra Podcast is all about going deeper with your practice in music & drumming.

The goal is to advance the listener's confidence, insight, and inspiration through discussions on topics like approaches to practice, rhythmic concepts, technique, theory, creativity, gear, and the music business.

The host, Rich Stitzel, is a veteran drummer, author, and educator with over 30 years of professional experience as a full-time musician.

In part 2 of this series on the rhythm of the Toronto Airport, more commonly known as YYZ (and more popularly known as the intro to the iconic tune from Rush's Moving Pictures album, also called YYZ.) I hope you enjoy...
View Episode

In honor of the great Neil Peart, I present to you Part 1 of a two-part series of coordination based on the iconic intro to the famed song, YYZ by Rush (which happens to be the Morse Code for the Toronto Airport!)....
View Episode

In honor of the great Neil Peart, I put together a lesson pack that is based on the intro to Rush's epic song, YYZ, from their album Moving Pictures. The rhythm to the intro is morse code for the Toronto Airport....
View Episode

The great Mark Walker visited DrumMantra Studios for a podcast interview and when I asked him for three grooves everyone should know, we filmed and recorded an impromptu drum lesson.  Enjoy Mark as he demonstrates...
View Episode

In this episode, I discuss my takeaways from the time I spent with Mark Walker last week. I take a look at what it's like to marvel at another's playing up close, what it feels like to be intimidated by it, and what I...
View Episode

One of the greatest drummers in the world stopped by DrumMantra studios during a visit to Chicago. What started out as an afternoon podcast recording turned into an epic 4-day hang. Here is some of the footage from...
View Episode

The 6th Century B.C. sage, Lao Tzu wrote a series of verses known as the Tao Te Ching. This book of wisdom is just as relevant today as it was 2500 years ago, and we can use his ideas to help us with how we practice,...
View Episode

The mind can play tricks on us. It will make us believe we aren't doing what we are, and are doing what we're not. Thinking is like a muscle  - it must be developed and trained. Breathing is involuntary but is also...
View Episode

All of us do it. We wait for the inspiration to hit before we make a move. This of course only works some of the time. What do we do when we aren't inspired? Usually, we make excuses or claim it's "meant to be" that...
View Episode

This month's featured lesson on my educational site, DrumMantra.com, is now up. _ This is an 18-part series in 7/8 time with a dotted eighth ostinato and twelve different ride permutations. It is loosely inspired by...
View Episode

In this episode, we look at nervousness that can cause stage fright and then do a deep dive into eight ways to find balance and transcend your fears.
View Episode

Ep. 54 A Conversation with Lukas Landis

Swiss drummer Lukas Landis is a great player, an educator, and a really cool guy. _ He was a test pilot for the DrumMantra3030 course and helped shaped it before it was released to the public. _ The other day Lukas...
View Episode
Close